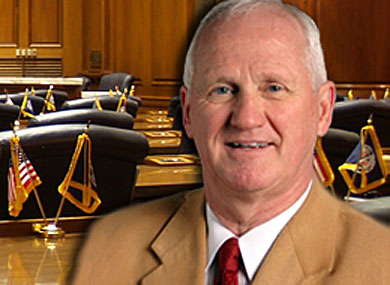 In Indiana, one of the Republican State Legislators who supported the passage this year of an anti-Gay Marriage amendment, Phillip Hinkle, was just outed when he was caught soliciting sex from a young man on Craigslist.

According to The Advocate, Hinkle invited an 18 year old man he met on Craigslist to a hotel, asking for “a few hours of your time.” He promised the young man $80 for his time, plus $50-$60 more for “a really good time.”

Apparently once the young man, Kameryn Gibson, found out that Hinkle was a politician – he tried to back out. Hinkle’s wife then called him and offered him $10,000 if he didn’t call the police or the media.

The Anti-Gay Marriage amendment in Indiana passed earlier this year with Hinkle’s help. However, Indiana law dictates that their next legislature must ratify the vote, then it moves on to a general vote.  Time will tell on that issue.