Andrew Lloyd Webber announced today that his latest stage musical, Cinderella, will not open due to a cast member testing positive for COVID-19.

This past weekend, the production was forced to cancel both performances set to take place on July 17, 2021, due to “Covid related precautionary measures.”

In his statement released today, Andrew Lloyd Webber shared, “Today, on this ‘Freedom Day’, I have been forced to take the heart-breaking decision not to open my Cinderella.”

After mentioning rigorous testing utilized with the cast and crew, he (rather tastelessly) mentions that on Saturday “a member of our cast who has a cameo role” tested positive. Imagine how that makes that cast member feel – “It’s your fault and you don’t even have a big part!”

The statement continued, “My sadness for our cast and crew, our loyal audience and the industry I have been fighting for is impossible to put into words.”

On the show’s future, a spokesperson to BroadwayWorld: “It’s hard to see a route forward under the current rules, but we will do everything we can to come back.” 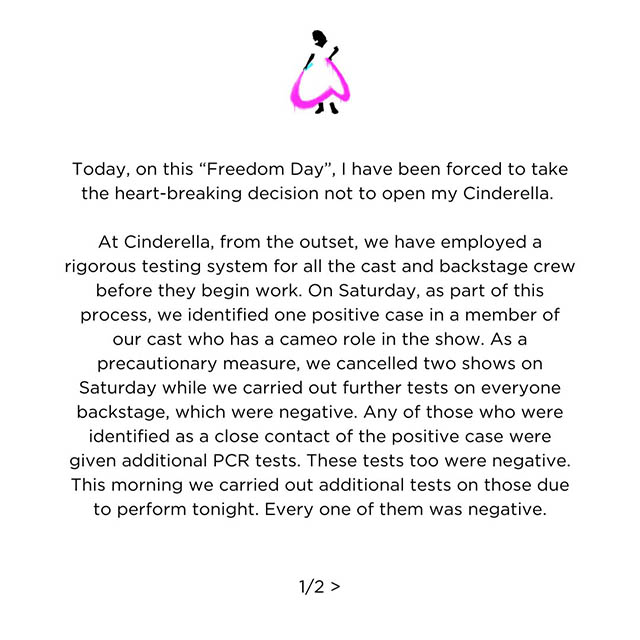 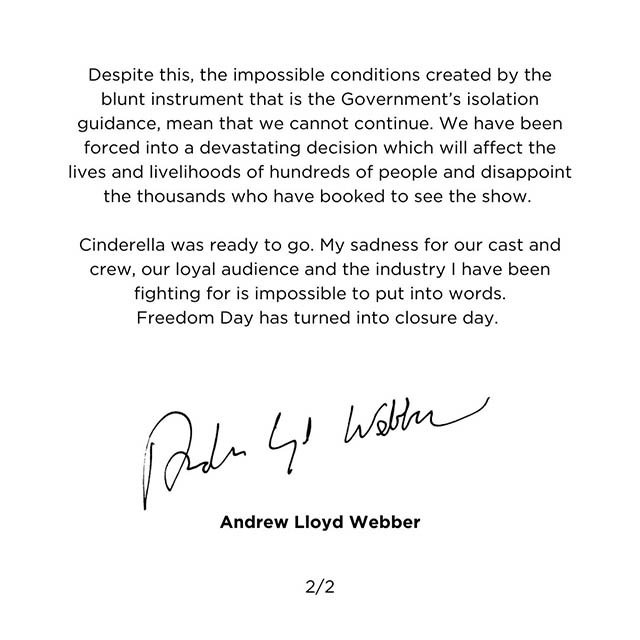