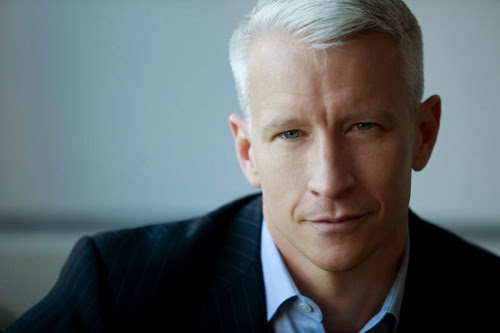 Reporting from Ottawa last night on the tragic shootings at Canada’s National War Memorial and Parliament, a “journalist” named Vandon Gene who was a contributor to the Sun News approached Cooper about taking a “selfie” with him near the location of Cpl. Nathan Cirillo’s fatal shooting.

Cooper made clear he thought it highly inappropriate and that he was there to report on the incident, not smile for the guy’s camera near the site of the soldier’s death.

Gene apparently thought this made Cooper a jerk, so he pulled out his phone and recorded another request for a pic wherein Cooper repeats how inappropriate the idea was.

Then, Gene posted the video and tweets complaining about Cooper denying him a “selfie.”

Cooper took a deep breath and issued this very public series of tweets to the idiot: 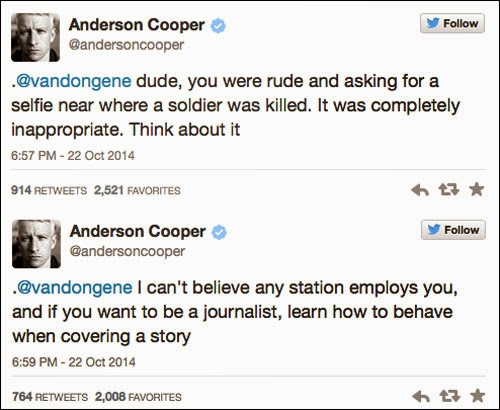 Gene eventually tweeted an apology, but it was waaaaaay too late. According to the Sun News, Gene no longer works for them.

You can watch the very brief interchange via Mediaite below: