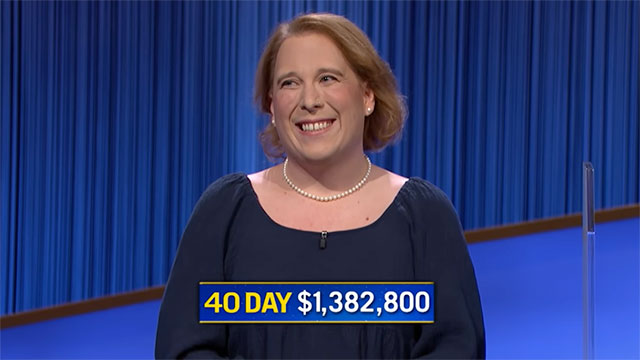 Schneider is the top female contestant in the show’s 38-year history.

In the end it was Rhone Talsma, a queer librarian from Chicago, who was able to unseat the first transgender competitor to qualify for the Tournament of Champions.

“It’s really been an honor,” Schneider said in a post-game statement. “To know that I’m one of the most successful people at a game I’ve loved since I was a kid and to know that I’m a part of its history now, I just don’t know how to process it.”

The Washington Post reports:”Her streak led to a bump in ratings; earlier this month, Jeopardy! was the most-watched non-football program on TV, according to Nielsen.”