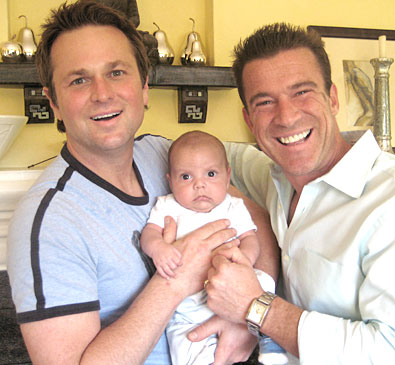 A recent study called into question the ability of gay parents to raise well-rounded children, but the report has been widely blasted as biased, manipulative, and agenda-based. Now, the American Psychological Association has stepped in to reiterate their feelings that gay parents are just as good as straight parents.

“On the basis of a remarkably consistent body of research on lesbian and gay parents and their children, the American Psychological Association and other health, professional, and scientific organizations have concluded that there is no scientific evidence that parenting effectiveness is related to parental sexual orientation,” the APA announced on their website earlier this week. “That is, lesbian and gay parents are as likely as heterosexual parents to provide supportive and healthy environments for their children. This body of research has shown that the adjustment, development, and psychological well-being of children are unrelated to parental sexual orientation and that the children of lesbian and gay parents are as likely as those of heterosexual parents to flourish.”

According to a joint press release from the Human Rights Campaign, Freedom to Marry, Family Equality Council, and the Gay and Lesbian Alliance Against Defamation, the paper was “written by rightwing author Mark Regnerus (of the Department of Sociology and Population Center at the University of Texas at Austin) and funded in large part by the antigay Witherspoon Institute.”

Many of the study’s children considered to be raised in gay households were not being raised by parents in a committed same-sex relationship, whereas many of the children in heterosexual households had two married parents.