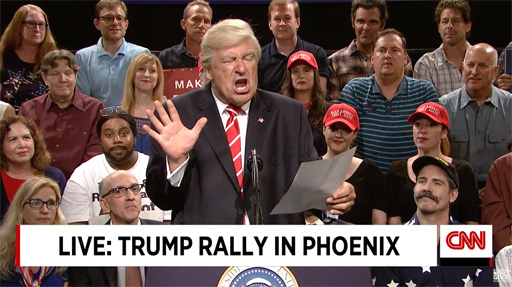 Just a bit of what Baldwin’s “Trumpster” had to offer:

On holding a campaign rally 3 years early: “Folks, it’s never too early to campaign for 2020. Mike Pence is already doing it.”

Steve Bannon’s “Death” made an appearance as “Trump” thanked him for his service:

T: “One person who’s done so much for us is Steve Bannon, and I wanted to give him a proper goodbye.”

B: “You’ve only made me more powerful. I’m going to crush you.”