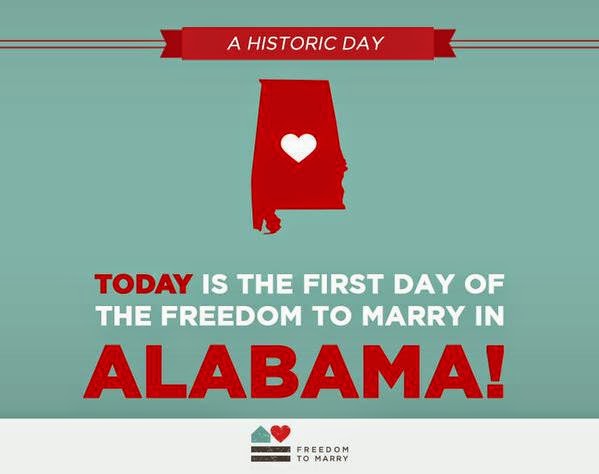 While a handful Alabama probate judge’s choose to defy a court order from a federal judge, the majority of probate judges are following the law today as marriage equality begins in the state.

Probate Judge Steven Blair of Coffee County released a statement that said he would respect the ruling issued in January by U.S. District Judge Callie Granade.

“While I have the greatest respect for Chief Justice Roy Moore’s opinions and beliefs, the question of federal pre-emption of state law is long settled,” Blair wrote. “See, Gibbons v. Ogden, 22 U.S. 1 (1824). In recognition of my oath as a judge, I am sworn to follow the order of the federal courts with respect to same sex marriages.”