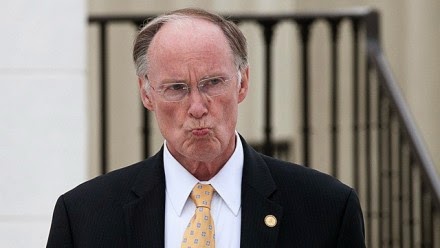 The Governor of Alabama, Robert Bentley, has issued this statement regarding today’s historic step forward for equality in the Cotton State:

“The issue of same sex marriage will be finally decided by the U.S. Supreme Court later this year,” Governor Robert Bentley said. “I have great respect for the legal process, and the protections that the law provides for our people. I am disappointed that a single Federal court judge disregarded the vote of the Alabama people to define marriage as between a man and woman.

“I agree with the dissenting opinion from U.S. Supreme Court Justices Clarence Thomas and Antonin Scalia when they stated, ‘Today’s decision represents yet another example of this Court’s cavalier attitude toward the States. Over the past few months, the Court has repeatedly denied stays of lower court judgments enjoining the enforcement of state laws on questionable constitutional grounds.’

“This issue has created confusion with conflicting direction for Probate Judges in Alabama. Probate Judges have a unique responsibility in our state, and I support them. I will not take any action against Probate Judges, which would only serve to further complicate this issue.

“We will follow the rule of law in Alabama, and allow the issue of same sex marriage to be worked out through the proper legal channels.”

It appears that Gov. Bentley does not understand 8th grade civics. Federal judges are empowered to rule on the constitutionality of laws. It’s what they do; it is what Judge Granade has done here.

It’s also important to note that “a single Federal court judge” was not the only force in action here. The 11th Circuit Court and the U.S. Supreme Court looked at the ruling and decided not to intervene.

Just because you WANT a different ruling or outcome doesn’t mean you’ll get it.

You can be on the right or wrong side of history. Unlike human sexuality, that IS a choice to be made.