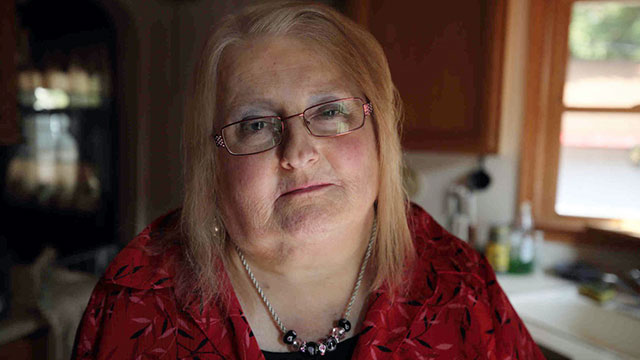 NBC News reports that Aimee Stephens, the transgender funeral home worker whose firing led to legal proceedings that ended up at the U.S. Supreme Court, died Tuesday of renal failure. She was 59.

The ACLU, which has been handling her case, announced the news on Twitter.

In 2013, Stephens came out as transgender to her employer and was subsequently fired. Stephens sued and her case, Stephens v. R.G. & G.R. Harris Funeral Home, became part of a combined LGBTQ employment rights case. The high court heard oral arguments in October.

In doing so, Stephens became the first transgender person to have their case heard in the highest court of the land.

A ruling from SCOTUS could be handed down any day now which could affect the employment rights of transgender people across the entire U.S.

Years of kidney disease took its toll on Stephens and she required lengthy dialysis treatments. A GoFundMe campaign was launched last week to fundraise for her end-of-life costs.

With heavy hearts, we must share the news that Aimee Stephens, whose landmark case was the first case about the civil rights of transgender people to be heard by the Supreme Court, died today at her home in Detroit with her wife, Donna Stephens, at her side. She was 59.

Those who met Aimee Stephens know that her power was in her humbleness and sincerity.

She has been an inspiration to millions of people around the world.

We mourn with Aimee’s wife Donna, their daughter Elizabeth, and all of you.

And we honor her life by fighting onward. pic.twitter.com/lzkmxviimv

The LGBTQ community owes Aimee Stephens our deepest gratitude for her bravery in standing up for the right of LGBTQ people to live as ourselves. We share our condolences with all of her friends & family, and especially her wife, Donna Stephens. https://t.co/wbMJpMgERu

“Somebody’s gotta do it” — Aimee Stephens, after bringing the first transgender rights case to SCOTUS

Thank you for being the one to do it. We will continue your fight with your words and actions in our hearts. https://t.co/5AnnPZvk0V