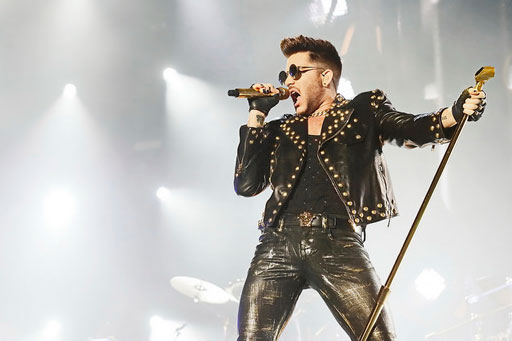 The Oscars are promising a virtual homo-goulash of LGBTQ music artists and favorites when the 91st annual Academy Awards take place on Sunday, February 24.

This morning, the Academy announced that iconic rock band Queen, fronted by out singer Adam Lambert, will stage to the stage at the 2019 Oscars.

The Academy paired the lyric, “Is this real life? Is this just fantasy?,” with video footage of Lambert and Queen performing “We Will Rock You” in a post on Twitter Monday morning.

Is this the real life?
Is this just fantasy?
We welcome @QueenWillRock and @adamlambert to this year’s #Oscars!https://t.co/7uDf42FbjJ

Lambert first met and performed with original Queen band members Roger Taylor and Brian May while competing on the talent competition American Idol in 2009. In 2012, the band invited Lambert to tour as frontman.

Midler , a two-time Oscar nominee (The Rose, For The Boys) tweeted her news this weekend, writing, “So, (drum roll) Ladies and Gentlemen, I will be chanteusing (that’s singing) on the Oscars on Feb 24…the nominated song from ‘Mary Poppins’…’The Place Where Lost Things Go’ …so excited!!”

So, (drum roll) Ladies and Gentlemen, I will be chanteusing (that’s singing) on the Oscars on Feb 24…the nominated song from “Mary Poppins”…”The Place Where Lost Things Go” …so excited!!

Gaga and Cooper will reprise the Grammy and Golden Globe-winning duet, “Shallow” from A Star is Born (a pretty sure bet to win the trophy); Oscar winner Jennifer Hudson (Dreamgirls) will perform “I’ll Fight” from the documentary RBG; and nominees Rawlings & Welch will sing “When a Cowboy Trades His Spurs for Wings from The Ballad of Buster Scruggs.