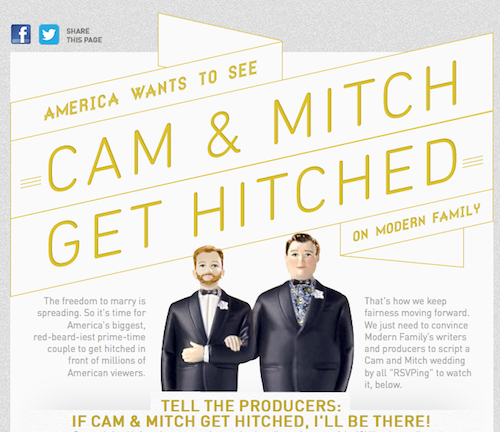 The ACLU is would really, really like to see ABC to have the gay characters on Modern Family get married.

Having two main characters in a wildly popular show get married would put the issue of marriage equality in living rooms across the country and generate conversations about the importance of allowing same-sex couples to marry – the kinds of conversations that we know change hearts and minds.

And because it’s a weekly series, the message won’t go away during the closing credits. It will be back next week, and the weeks after that, and again during summer reruns. The wedding would demonstrate that marriage — with its unique recognition of love and commitment — matters. And it’s a choice that should be readily available.

Here’s the link to the petition.