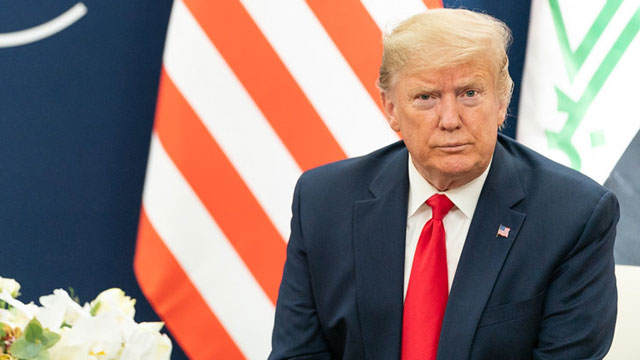 ABC News reports it has reviewed a recording that appears to capture Donald Trump telling associates he wanted the then-U.S. ambassador to Ukraine Marie Yovanovitch fired.

The recording appears to contradict statements by President Trump and support the narrative that has been offered by Parnas during broadcast interviews in recent days. Sources familiar with the recording said the recording was made during an intimate April 30, 2018, dinner at the Trump International Hotel in Washington, D.C.

Trump has said repeatedly he does not know Parnas, a Soviet-born American who has emerged as a wild card in Trump’s impeachment trial, especially in the days since Trump was impeached.

Trump supporters have maintained until now that no evidence exists that directly ties Trump to the current allegations that led to his impeachment.

Parnas and Fruman are currently under federal indictment in New York in a campaign finance case, but Parnas has been cooperating with authorities by releasing text messages and communications between himself and Trump’s team.

Trump has claimed he doesn't know Parnas, but here he is apparently giving him a direct order to "get rid of" a U.S. ambassador. https://t.co/LFiEkLom3V

Not that this needs to be explained but maybe it does, “Take her out” means put a hit on or kill her. That’s standard mob speak. I litigated a wrongful death/civil rights case on behalf of an Estate of someone who was murdered by the mob. NYPD personnel were involved 1/

Who among us that has been fired before, had their boss say, “Take her out.”#TakeHerOut is a hit job ordered by a mob boss. This is not a stretch to say Trump ordered a veiled assassination of a US Ambassador.

This, alone, is grounds for immediate Impeachment and removal. https://t.co/fPh6RM2MPF