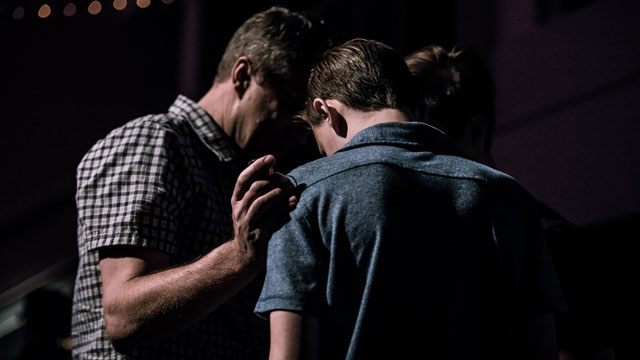 In the aftermath of a landmark grand jury report on sexual abuse by Catholic clergy, Pennsylvania’s Roman Catholic dioceses have paid out almost $84 million to 564 victims of sexual abuse.

The Associated Press reports seven of the Keystone state’s eight dioceses organized victim compensation funds after the release of the August 2018 grand jury report showed hundreds of priests had molested over 1,000 children since the 1940s.

One diocese, in Altoona-Johnstown, has no compensation fund saying it lacks the funds after paying out $15.7 million in an earlier clergy abuse scandal.

In addition to the abuse, the grand jury report also indicates church leaders had systematically worked to cover up the abuse.

According to the AP, the average payout to victims across the seven dioceses has been slightly more than $148,000. But that’s well below what an adult victim of childhood abuse would expect to see had they been able to sue in court.

Claims administrator Camille Biros, who was hired to handle the claims for the Archdiocese of Philadelphia as well as Allentown, Erie, Pittsburgh and Scranton dioceses, told the AP, “These are all time-barred claims, so it’s not going to be the kind of numbers one sees in a courtroom.”

Pennsylvania state law limits such lawsuits to those victims under 30 years of age. State lawmakers had announced plans to amend such laws but there’s no guarantee any changes will materialize.

Biros says compensation payouts are based on “the nature of the abuse, how long it went on, the age of the child, (and) the effect of the abuse.”

But some claims are rejected due to lack of evidence or not meeting eligibility criteria.

One man who allowed his name to be used in the reporting is David Zernhelt, who tells the AP he was offered $400,000 by the diocese of Allentown and accepted it.

Zernhelt says he wasn’t willing to trust lawmakers to pass a legislative fix to the state laws any time soon.

“It doesn’t make me rich,” said the 45-year-old of Easton. “It creates a positive starting point for me. I can try to make my life a little bit better and put this behind me.”

Zernhelt told the administrators of the Allentown fund that Rev. Thomas Kerestus sexually assaulted him two to four times a week for five years. The abuse began when Zernhelt was only 13-years-old.

Zernhelt’s family went to the church about the abuse but says the diocese “swept it under the rug.”

Kerestus, who was named in the grand jury report, died in 2014.

Attorney Richard Serbin has been critical of the compensation funds because the process allows the church to avoid courtroom lawsuits which could become a “public airing of its dirty laundry.”

Although Serbin has worked for years on behalf of past church victims, he admits some of his clients have taken the payouts for various reasons.

“Some did it because they want to try to move forward and are looking to heal, and they feel this will be of assistance, and for those clients, I do think it’s good, and I recommend they take it,” he told the AP. Others, he said, “are in desperate financial situations, and they needed the money.”