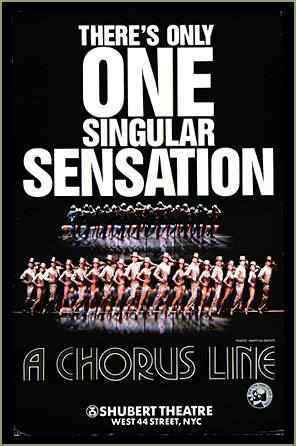 October 19, 1975, A Chorus Line officially opened on Broadway at the Shubert Theatre

“The characters portrayed in A CHORUS LINE are, for the most part, based upon the lives of Broadway dancers. This show is dedicated to anyone who has ever danced in a chorus or marched in step…anywhere.”

It’s difficult to calculate the impact the show has had on my life and career. As many long-time readers know, I performed in two national touring companies of the show, working at different time with several of the now legendary original cast members including Tony Award winners Donna McKechnie, Kelly Bishop, Priscilla Lopez, plus Baayork Lee, Thommie Walsh and Kay Cole.

I also came thisclose to being cast in the Broadway production twice. Life.

Since then, I’ve passed on what I learned from those greats by staging almost a dozen productions of the show.