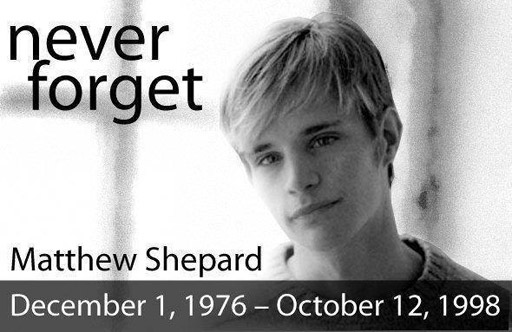 Seventeen years ago today, October 6, 1998, Matt Shepard was found beaten and left to die tied to a fence outside Laramie, Wyoming.

Aaron McKinney and Russell Henderson, both 21 at the time, were charged with Shepard’s murder. Both cut deals to avoid the death penalty; both men are serving double life sentences in prison.