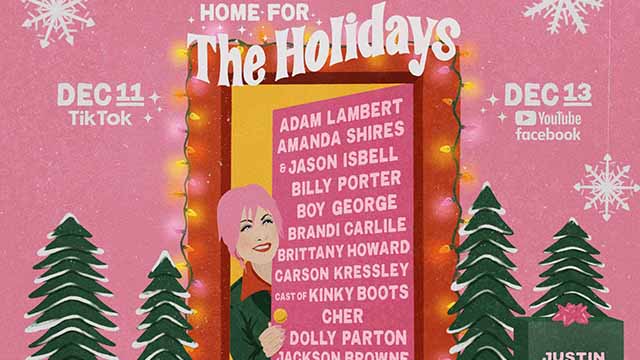 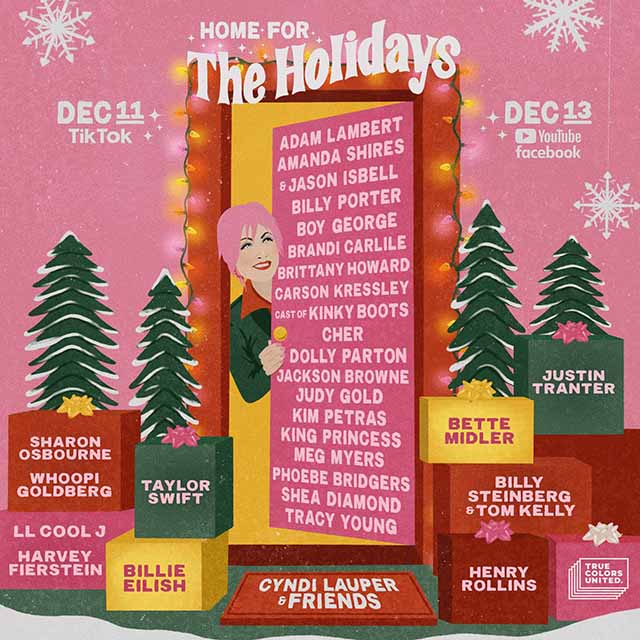 Cyndi Lauper – the Grammy, Emmy and Tony-winning icon and advocate – has announced that her 10th annual Home for the Holidays benefit concert will premiere on Friday, December 11 exclusively on her TikTok at 8PM EST, with an additional stream Sunday, December 13 on Lauper’s YouTube and Facebook handles at 8PM EST.

This 10th iteration of her beloved benefit concert is a remarkable achievement and a momentous occasion for Lauper and True Colors United, the organization she co-founded 12 years ago to prevent and end homelessness among lesbian, gay, bisexual, transgender, queer, and questioning (LGBTQ) youth.

100% of the net proceeds of Home for the Holidays goes to support the work of True Colors United to prevent and end this urgent issue.  For more information, to set a reminder, and to watch on TikTok, YouTube and Facebook: https://truecolorsunited.org/homefortheholidays/

Home for the Holidays is free to watch, with fans encouraged to donate to True Colors United via donation button and stickers on TikTok, YouTube, Facebook, as well as through Text-to-Give (Text TrueColors to 24365) and www.truecolorsunited.org.

Lauper shared the news of the virtual concert with CBS This Morning’s Gayle King: