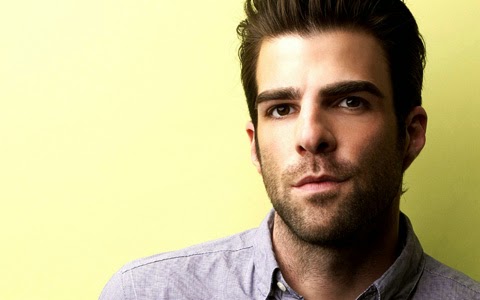 In a HuffPost Live interview on Thursday, actor Zachary Quinto sounded off on the likes of male stars like James Franco and Nick Jonas, who have been criticized for “queerbaiting” their gay fans, claiming he doesn’t have an issue with the phenomenon.

Quinto: “These guys who are, in many ways, considered very conventionally desirable, attractive leading men… lending themselves to these kinds of stories is a valuable thing for our culture.”

I personally agree with Quinto. The fact that high-level, mainstream male stars are so open to acknowledging their gay fan base doesn’t offend me at all. And it sets a tone of acceptance that I wish more major celebs would adopt.

The star also opened up about the controversy that ensued when he urged caution over the use of the HIV/AIDS prevention drug Pre-Exposure Prophylaxis, or PrEP.

Quinto: “I certainly like to be a part of conversations in our culture, and I’m not particularly afraid to articulate my position or my opinion on things, and if people don’t agree with it, that’s great. That fact that the backlash initiated a conversation about [PrEP] on some level — an issue that people are really uncomfortable talking about — I feel like that was my contribution.”

Watch the clip below. For the entire interview with Quinto on HuffPost Live, click here.