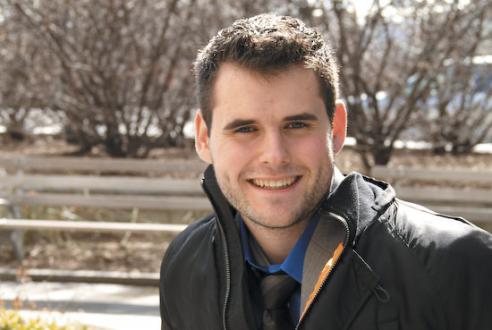 Zach Wahls, whose impassioned pro-gay marriage speech to Iowa legislators became the most-watched political clip of 2011 on YouTube after going viral twice last year, will soon take his message to the national level.

An entire generation of children raised by LGBT parents is starting to speak up and tell the truth about their families.

Zach Wahls will serve as co-chair for “The Outspoken Generation,” the Family Equality Council’s national youth advocacy initiative involving the young adult children of LGBT parents. Joining him will be Ella Robinson, the daughter of Bishop Gene Robinson who is the first openly gay person to be ordained a bishop in a major Christian denomination.

“A family is a group of people who love each other,” Wahls — whose new book, “My Two Moms,” will be released later this month — says in a video clip about the project. “If you’re willing to put in the blood, sweat, toil and tears…if you’re willing to make the commitment and demonstrate the love that it takes to successfully raise a young, healthy, well-rounded adult… who you are is so much less important than what you do.”

“We are now seeing the first generation of children, who were lovingly raised by LGBT parents, coming into young adulthood,” Family Equality Council Executive Director Jennifer Chrisler said in an email statement. “We know, from our conversations with these young people and from our experience with them, that they are terrific kids who are thriving and succeeding in life by any measure you choose to use. Many of them are now telling us that they are eager to tell the truth about their families. Who better to refute the myths and lies of hate groups like [National Organization for Marriage] than our grown up children?”

Zach is as impressive as you get. If this is the future of America, we’re in great hands.