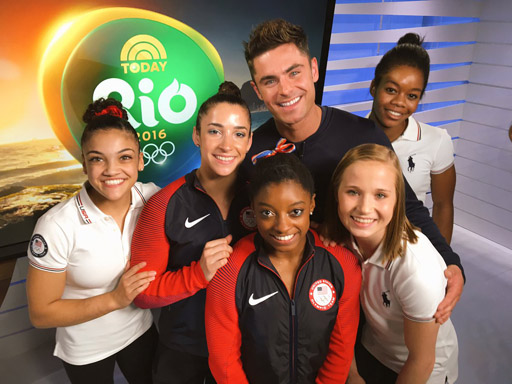 Ok, this is about the cutest thing ever.

With the caption “We just met Zac Efron,” Olympic gymnast Laurie Hernandez shared the most exuberant news that the team’s all-time fave showed up to celebrate the women’s gymnastic team’s most awesome performances at the Rio Olympics.

It’s become an internet meme that golden girl Simone Biles is over the moon for the hunky movie star, complete with life size cardboard cut out of him in her bedroom closet. So, just imagine this moment 🙂

I’m thrilled for the girls – they deserve every treat available. And I definitely call Zac a tasty “treat.”