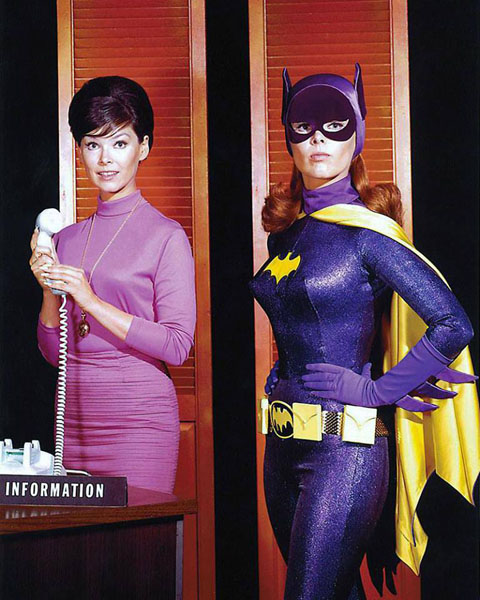 Yvonne Craig, who began her professional performing life as a ballerina and created the role of “Batgirl” in the 1960s TV series BATMAN, has passed away at the age of 78 due to breast cancer.

Craig said they put her character on the show “because they needed someone who could encourage an over-40 male audience and a prepubescent female audience. That’s the real reason why they hired me!”

Craig did all of her own stunts and all of her motorcycle riding on the show. Her leatherette-clad character accessed her sleek Batgirl Cycle from an old, unused elevator that was hidden behind a revolving wall in her apartment and led to the street below.

On the series, only the Wayne butler Alfred (Alan Napier) knew her secret identity — not even Batman (Adam West) or Robin (Burt Ward)!

Batman was an immediate sensation when it debuted in January 1966 but ran out of steam by the time Craig joined the series for its final 26 episodes. 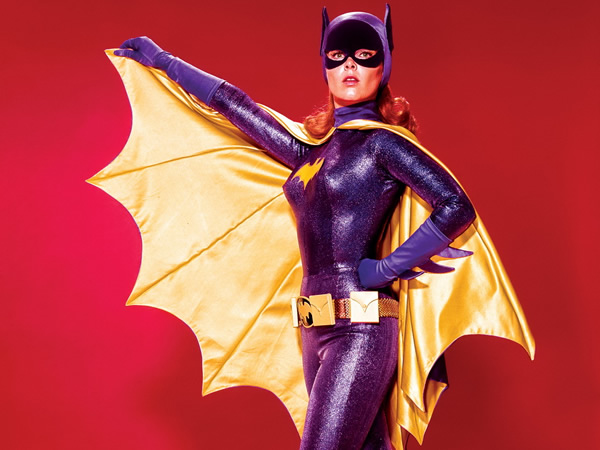 The dark-haired beauty, a native of Taylorville, Ill., began her theatrical career at age 17 as the youngest member of The Ballet Russe de Monte Carlo. She traveled the U.S. and was with the troupe for three years when she was discovered by director John Ford’s son Patrick and cast for the lead in the movie The Young Land (1959).

She [also] starred opposite Elvis Presley in the films It Happened at the World’s Fair (1963) and Kissin’ Cousins (1964). The two dated for a spell.

My brother and I LIVED for when “Batgirl” would make an appearance on BATMAN. We thought she was the coolest chick ever.

Of course, since we both turned out to be gay, it was clearly our “cool factor” gene at work and not our young libidos.

But we really thought she was fab. RIP Yvonne Craig.

I knew every episode of the original STAR TREK by heart, and never put together that Craig played “Marta.” Looking at this now, you clearly see her dance training. Look at the line of her leg and foot at the 2:00 mark. Dang!