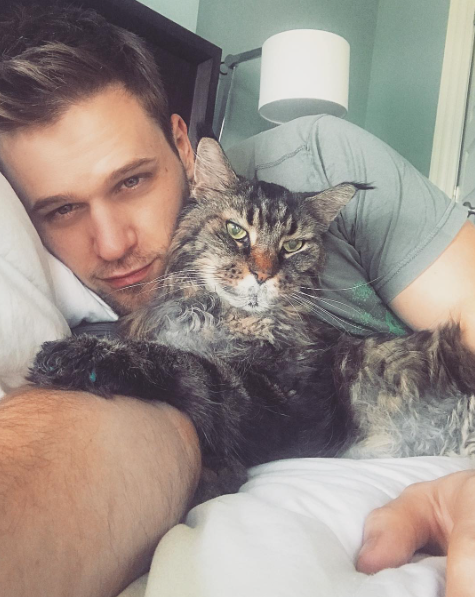 This past Saturday, Younger star Dan Amboyer married his longtime boyfriend Eric P. Berger, and came out in the process.

Sharing the news on Instagram, the handsome actor broke the news with a simple post that read, “So, we got married today.”

“Being a young actor in the industry, I had a lot of people who strongly advised me to stay quiet,” Amboyer tells PEOPLE. “That was hard to live with. But I’ve never played a gay role before and I didn’t want to be limited by some strange perception.”

“It was a hard decision to figure out how to approach it in a public way,” says Amboyer. “There are some actors out there now who just keep it as an unspoken aspect of their life and never discuss it in public. But then there are men like Matt Bomer and Zachary Quinto. I look up to them and see how them being so open affected other people and the country’s perception of gay people. And Nico Tortorella, who is also on Younger, has inspired me by the way he’s become such an advocate for sexual fluidity. I think the more open actors can be the less stigma there will be attached, which will be a positive thing moving forward.”

Amboyer began dating financial planner Eric P. Berger 10 years ago when they met online, and have been living together for the past nine years.

“Our crazies match,” Berger told PEOPLE. “I think Dan is very different from the roles he gets to play. He’s a sweet quirky guy who loves animals and is creative and brings a different color to everything in my life. I hold that very valuable.”

Amboyer added, “He’s serious and organized. He’s a financial planner, which is the opposite of my actor self. But we compliment each other.”

Congrats to the happy couple!

thank you @people for celebrating our big day with us. 🥂 check my bio for the vid & article. 😉 @levkupermanweddings
A post shared by Dan Amboyer (@danamboyer) on Oct 8, 2017 at 12:34pm PDT