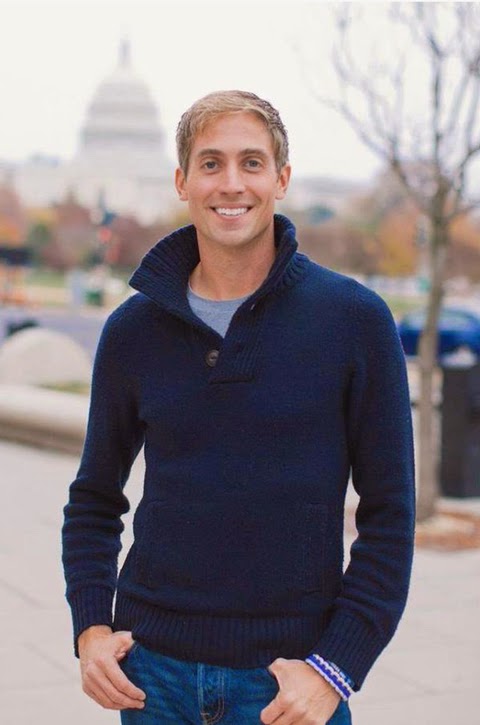 Rep. Aaron Schock (R-Illinois), the “totally not gay,” anti-gay congressman, is in even more hot water as the stories of his inappropriate expenditures keep coming.

The newest debacle to surface regards the photographer/videographer (pictured above) who got a free trip to India even though he was not on the congressman’s staff.

Schock traveled to India on official business in August 2014, a trip during which he met with Prime Minister Narendra Modi. The Global Poverty Project, an advocacy organization that seeks to alleviate extreme poverty internationally, footed the bill, according to a spokesman for the group.

But Schock’s photographer and videographer, Jonathon Link, traveled with him on the trip, which was well-documented on Schock’s Instagram account. The organization offered to pay for the costs of one staffer to accompany Schock as long as the staffer flew economy class, according to the spokesman. Another aide was originally going to come, but the organization noted they were looking for a photographer, and Schock suggested Link, with whom he has worked in the past, the spokesman said. The photos Link took were made available to both Schock and the Global Poverty Project.

House rules allow a member to accept private money for a companion’s travel expenses only if the companion is a staffer, spouse or child. Link was none of those. Also, Schock never disclosed that Link accompanied him on the trip.

Earlier stories include misreporting a private flight as a “software expense” and of using
taxpayer money to take his staff on getaway to New York City.

And don’t forget Schock spent $40,000 of taxpayer moeny to redecorate his D.C. office to look like the set of “Downton Abbey.”