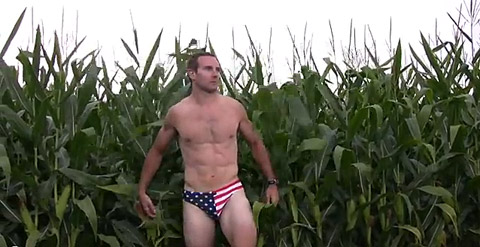 The Yale Daily News points out this amusing self-portrait by one of its football players:

“Tight end Beau Palin ’14 stands at 6’3” and weighs in at 240lbs. He worked in an Illinois mustard factory one summer and baled hay in Wisconsin during another one. He likes to wear the American flag. This is the story of him and his brothers at their home in Oconomowoc, WI.”

Btw, he’s no relation to the former half-term governor of Alaska.

Apparently all of his brothers enjoy wearing Old Glory in a similar fashion, and they are accomplished bare footers.

There was a cute video of Beau and his brothers “bare footing” but the video was made “private.” Sorry about that.