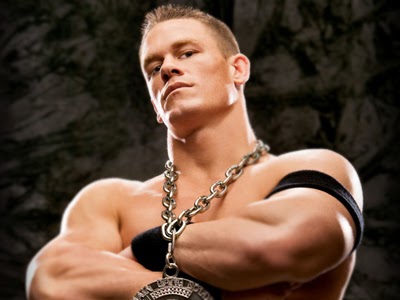 On an appearance of Bravo’s “Watch What Happens Live,” WWE superstar John Cena addressed wrestler Darren Young’s coming out and the idea of other gay wrestlers coming out:

“My thing is this, if you’re good at your job, I don’t judge,” Cena — who has also been vocal about his support for his gay brother — told show host Andy Cohen. “Darren is really good at his job, he’s a wonderful performer, he’s a great entertainer and it’s a very, very bold move that he made to come out. So he certainly is very a brave individual for doing that.”

Cena added, “I think it’s great [Darren Young came out]. I’m glad that he finally got enough support from the people around him, or courage to make the decision that he did, so now at least he doesn’t have to live with the stress. He can be himself and nobody judges him around here.”