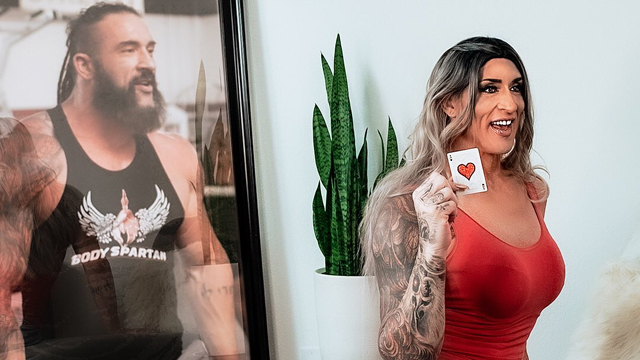 A former WWE wrestling star, who performed under the stage name ‘Tyler Reks,’ has come out as transgender. This is Gabbi Alon Tuft.

She shared the news with fans in a social media post on Thursday writing, “This is me. Unashamed, unabashedly me. This is the side of me that has hidden in the shadows, afraid and fearful of what the world would think; afraid of what my family, friends, and followers would say or do.”

“However,” she said, “the day I stopped caring about what other people thought, was the day I truly became limitless and allowed my authentic self to come into the light.”

From 2008 to 2014, Tuft was cheered by fans battling opponents in matches on major professional platforms including Raw, Smackdown and Wrestlemania.

Tuft finally retired in 2014 in order to spend more time with her wife Priscilla and their daughter. Since then, she and Priscilla created a fitness company, Body Spartan, which aims to “positively transform the body, mind and spirit of men and women through targeted video workouts, nutritional programs and motivational sessions.”

While that was the public side of Tuft’s life, privately she had been keeping a secret since childhood.

In an interview with EXTRA’s Billy Bush, she shared, “When I was 10… when my parents weren’t home, I would sneak into my mom’s closet and try out her clothes and it just felt right. But I suppressed it my whole life, just because of society, knowing that people didn’t accept it. So I pushed it down as far as I could.”

Tuft teased the announcement for several days on her Instagram account in a countdown featuring playing cards and photos of friends and family.

After calling the previous eight months “some of the darkest” of her life, Tuft thanked fans and social media followers today for “the incredible outpouring of support.”

“As I walked to my neighbor’s house yesterday, and for the first time since I began my transition, instead of walking with my head down in fear – I held it high, my fingers were no longer clenched and hiding my nails, and my hair was no longer hiding my face,” she wrote. “You have reaffirmed what I already knew, which is that we as humans truly are beings of love and light.”

The world of professional wrestling has seen very little in regard to performers coming out. In 2017, Anthony Bowens came out first as bisexual, and then as gay in 2019.