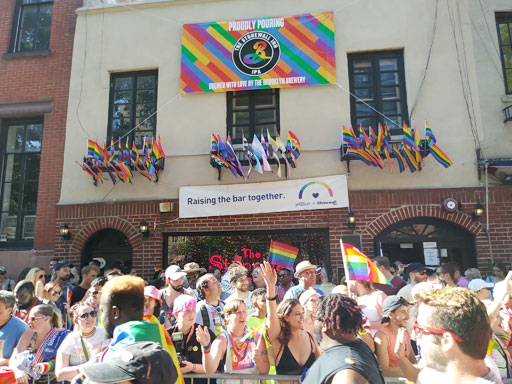 With 165 units from around the world, across the country, and from every borough of the city, New York City’s Pride March was a spectacular show of love, community, and most of creativity.

Estimated to last eleven hours before it began, the dazzling rainbow extravaganza was still going strong as the midnight hour approached with NYC Pride organizers revising their estimated finishing time to 1:00AM, or later.

Which begs the obvious question, “was anybody still watching it at that hour?” Absolutely!

Considering Madonna was simultaneously performing at Pride Island while Deborah Cox was closing World Pride in Times Square, it gives you some indication of the fabulously creative, spectacle of Pride winding through the streets of Chelsea and the Village.

Here’s a look at the first several hours of the largest Pride March in history, which the world gathered to witness and as they celebrated “Stonewall 50.”

Paying respect to those who were the reason for the celebration of Pride, the lead car honored two of the Community’s heroines.

With New York City hosting the first bi-annual celebration of World Pride in the US, some of the 1200 InterPride were welcomed down Fifth Avenue. Each of the 57 member units brought their own creative greeting from as far away as Australia, Germany and London; or as close to home as Nevada and Palm Springs.

Many LGBT+ organizations brought the Pride, including Trevor Project, also serving as one of the Grand Marshals), New York’s own LGBT Center, Gay Men’s Health Crisis, and GALA of the NYPD. 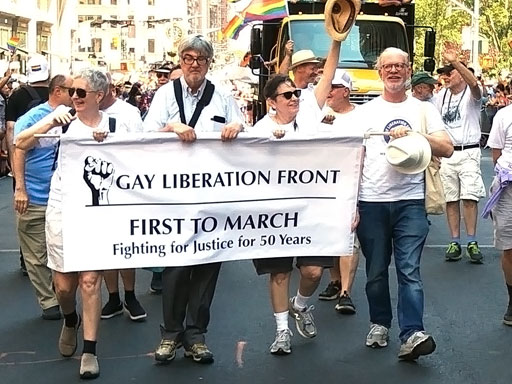 There has been some controversy regarding corporate takeover of the Pride March and commercialism overshadowing activism. So much so that it caused a schism and an anti-march was held.

It’s worth noting the first corporate float didn’t appear until 2:30 minutes into the March, after international and national LGBT+ groups and government officials who fight for equality and civil rights.

Certainly, there were corporations, like Deutche Bank and CapitalOne, whose presence were egregiously offensive considering they finance and launder money for and/or are a tenant of the President actively rolling back LGBT+ civil rights and promoting hate.

Pride and creativity were not only on display in the street but was everywhere in the crowd as well.

You never knew when you might spot a fabulous celebrity ally.

At some point, you gotta march! 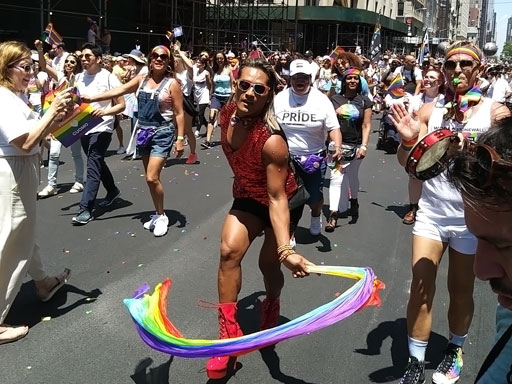 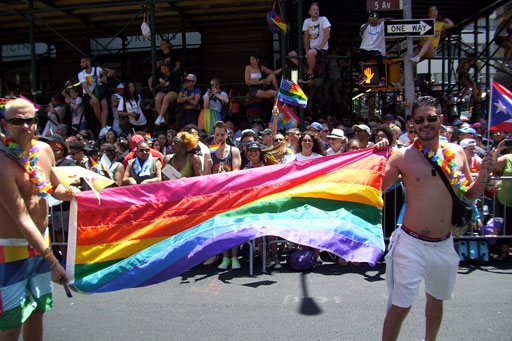 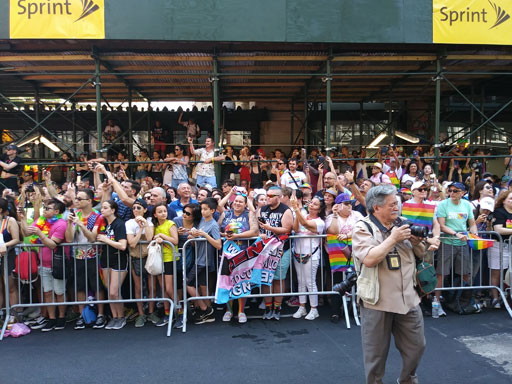 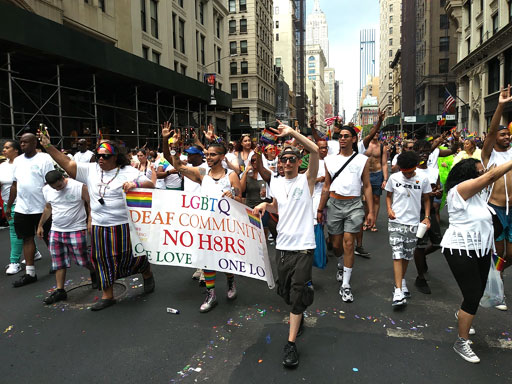 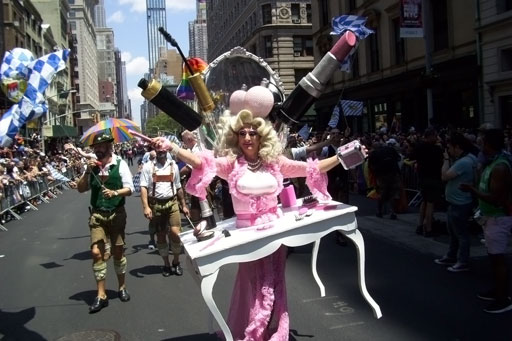 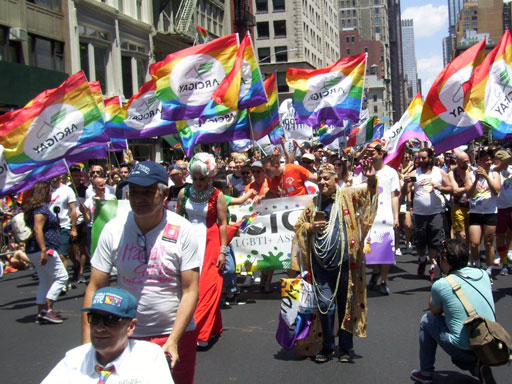 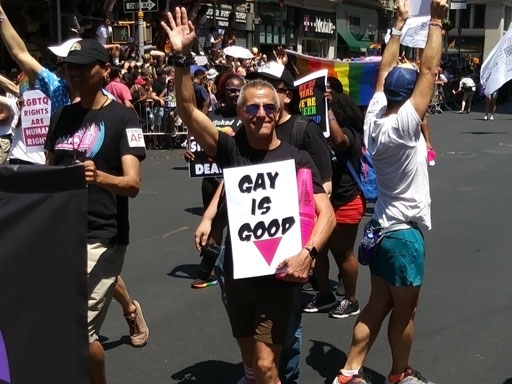 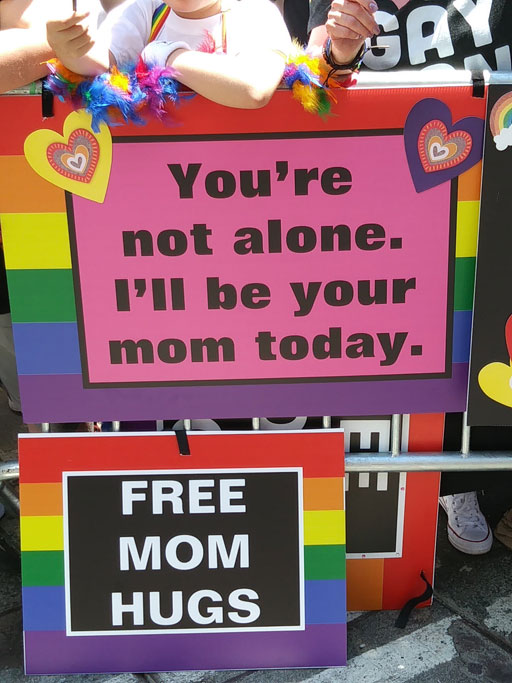 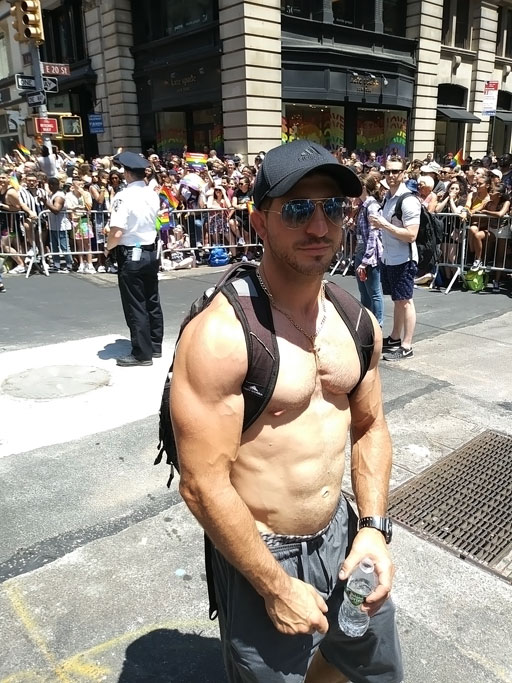 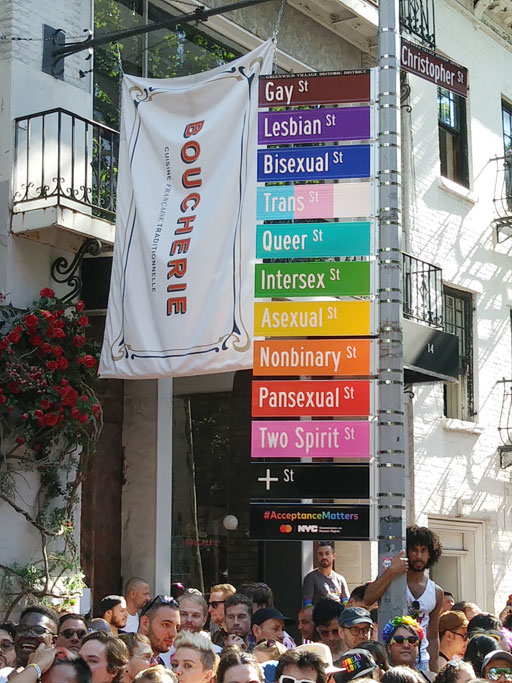