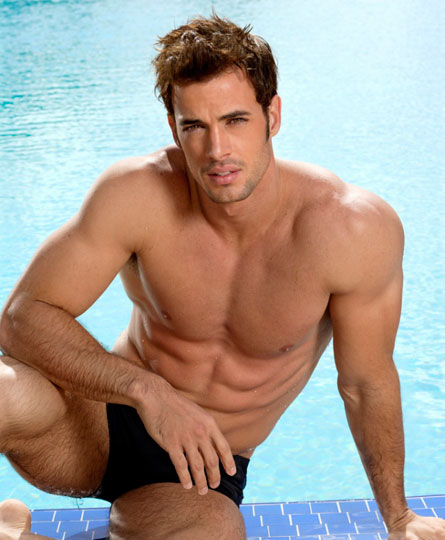 The “Cuban Brad Pitt” has officially said ‘no thank you’ to a role in Steven Soderbergh’s soon-to-be male exotic dancer movie “Magic Mike.”

William is famous for telenovela TV appearances and for rolling around on the sand with JLo. So I’m not sure what he’s thinking. What huge Hollywood offers are falling on William’s lap?

Who knows – but when Steven Soderbergh is directing and a huge list of A-listers are lining up, I’d certainly be there. Believe that.