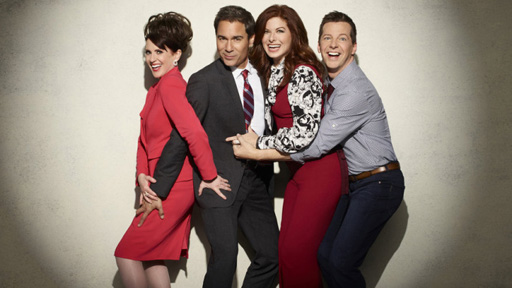 The producers of the hit NBC sitcom Will & Grace have announced the upcoming third season of the reboot will be the show’s last.

According to The Hollywood Reporter, the decison was made by the cast and creators of the Emmy Award winning series.

“We think of the Will and Grace reboot episodes the way Karen Walker thinks of martinis — 51 is not enough, 53 is too many. That is why, after consulting with the cast, we all have decided this will be the final season of Will and Grace,” read a statement from the show’s producers.

“In 2016, Bob Greenblatt came to us with the idea of doing a 10-episode reboot of Will and Grace. They say you can’t go home again, but we did. And now, three seasons and 52 episodes later, we’re even more proud of something we never thought we’d get a chance to do again.”

“We have had a once-in-a-lifetime experience twice. And for that, we owe a double debt of gratitude to NBC, this show’s supportive and caring home since day one.”

Originally, the four stars reunited for a short video in support of Hillary Clinton’s 2016 presidential campaign. The buzz began about a possible reunion and NBC quickly took note.

Initially revived as as a limited series, it picked up steam and the network added more episodes and, eventually, more seasons.

The stars took to social media to share the news.

ANNOUNCEMENT~ to the best fans IN THE WORLD, W&G fans, we wanted to tell you that this will be the last season of the Reboot. The creative team (pictured) got together and we decided it was the right time. We were… https://t.co/MuMUuTFt68

Well, we’re taking this one out like we brought it in: with love, laughs, gratitude… and on our own terms. Season 3 of #WillandGrace (well, season 11!) will be our grand finale… and it’s gonna be FANTASTIC. @WillAndGrace @DebraMessing @SeanHayes @MeganMullally @MaxMutchnick pic.twitter.com/UTcXv2gByO

For all “Will & Grace” fans, I am sharing the news that this is going to be our last and final season (which premieres this winter). To everyone who watched the first run and to everyone that encouraged this reboot, we did it all for you. ❤️

Love to you all.
Sean pic.twitter.com/VJHCl5P3iW