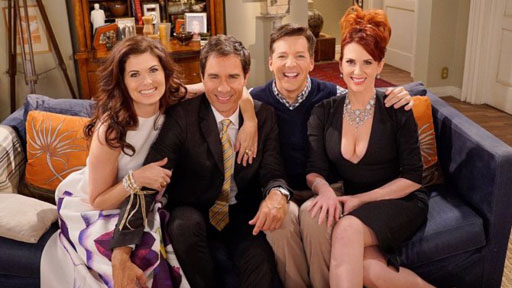 Variety is reporting that NBC has already picked up a second 13-episode season for the Will & Grace reboot.

Additionally, NBC has ordered 4 more episodes for the 2017-2018 season, bringing the total to 16 episodes.

The hotly-anticipated return to the small screen of the iconic series happens on September 28.

The original Will & Grace ran on NBC from 1998 to 2006, spanning over 200 episodes. An election year mini-reunion of the cast sparked much interest and led to the eventual revival.

Rumors are swirling that the series finale in 2006, which found Will and Grace growing apart, may be jettisoned as if it never happened.

Watch the official trailer for the new season below.

Swipe 👉 to see more of this Fabulous Foursome at today’s ribbon cutting ceremony! 🎉 #WillAndGrace
A post shared by Will & Grace (@nbcwillandgrace) on Aug 2, 2017 at 6:13pm PDT