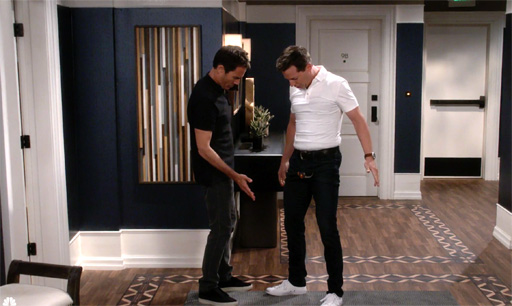 With the reboot of Will & Grace acknowledging the passage of time, it makes total sense that we would see both Will and Jack explore the idea of dating younger men.

And that’s exactly what we get.

In this clip from Thursday’s upcoming episode, titled “Who’s Your Daddy?,” both men are coping with the angst of not only younger paramours, but coping with their own ages.

Jack attempts various ways to look younger (incorporating some hilarious physical comedy) while Will wonders if it might be “creepy” that he’s getting amorous with a 23-year-old (played by Tony Award winner Ben Platt of Dear Evan Hansen fame).

“So what, they’re young and hot, and we’re old and not. Nothing else matters!” screams Jack. “We need this.”