Holly Fisher, who made herself a social media figure by posting photos intended to annoy liberal Americans, has admitted to cheating on her military vet husband with a Tea Party communications director, Joel Frewa.

When I got thrown into the political spotlight last year, it was completely unexpected and a whirlwind. I was excited for the attention, but also scared and overwhelmed. There was a lot of media, then traveling and so many great opportunities. In the midst of all of this, I lost myself. I’ve admitted this over the last few months and people know I’ve went through a personal struggle.

Interestingly, Fisher refers to being “thrown into the political spotlight” when clearly she chased it.

The alleged “cheating” apparently took place at (ironically) a Faith & Freedom conference and on Election Night 2014.  Mr. Frewa, (another fine, upstanding Christian, I’m sure) did not comment on the affair.

Husband David Fisher posted a message in support of his wife on social media: “@HollyRFisher I am with you always. We crossed this bridge and will walk together now with our heads high. I love you. Matthew 6:14-15”

While many of Fisher’s followers have come to her defense, some conservative bloggers admit that the hypocrisy is  real.  Conservative John Cardillo writes, “Holly Fisher profited by promoting the very values that she was betraying behind the scenes.”

Speaking for myself, she certainly didn’t make my head “explode.” She wasn’t even a blip on my radar. The reason I write about this IS the hypocrisy of promoting yourself as somehow being “better than” and ultimately promoting yourself as a brand of “family values”, while  in private betraying those very ideals.

What people do in their private lives is their business. BUT – when you put yourself out in the world for profit or celebrity, and trade on fidelity and devotion only to be revealed as less, you open yourself up to criticism.

But perhaps this is her wake up call to “clean up her own house” before criticizing the lives of others. 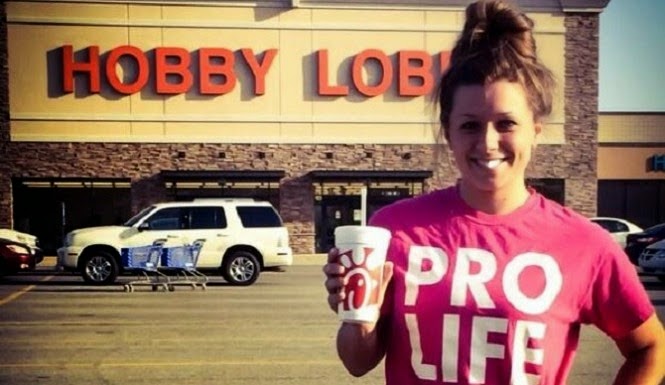