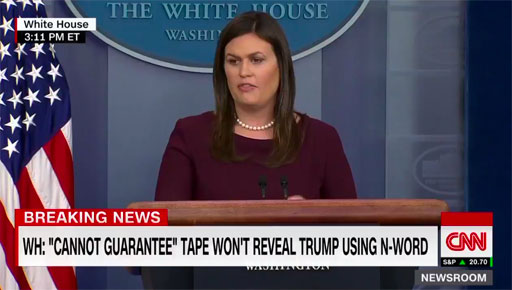 “I’ve never heard him use that term or anything similar” but “I can’t guarantee” that President Trump hasn’t used the n-word, White House press secretary Sarah Sanders says pic.twitter.com/nyBWLCeCgj