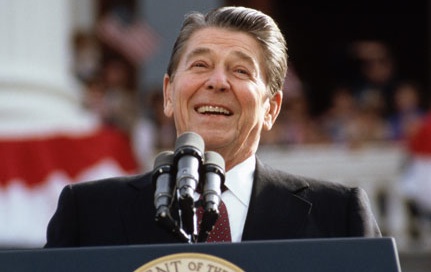 When I think of President Reagan, the list of accomplishments in my head is not quite the same list running in most conservatives.

More than anything, when I think of President Ronald Reagan, I think of how his lack of leadership on the epidemic of AIDS caused the deaths of thousands and thousands of Americans.

AIDS research was chronically under-funded during the Reagan years. When doctors at the Centers for Disease Control and the National Institutes of Health asked for more funding for their work on AIDS, they were routinely denied it.

It wasn’t until May 31, 1987 that President Reagan would even voluntarily address the issue of AIDS in public. It was at an outdoor speech in Washington organized by AMFAR, the American Foundation for AIDS Research. Elizabeth Taylor, a lifelong friend of Ron and Nancy Reagan, persuaded the President to be there. On the exact night that he gave that speech, saying the word “AIDS” for the first time voluntarily in public, 21,000 Americans had already died from the disease.

There were calls throughout his administration to test the blood supply to help stave off the infections through blood transfusions. Calls to emphasize condom use. All of this was barely heeded. The explanations most often given were “we don’t want to scare people.” If ever there was a time or reason to be scared, kids, this was it.

At a time of crisis, we need leaders to LEAD. No – Reagan was not solely responsible for all those deaths. He didn’t create AIDS. But he did practically nothing to stop the spread of this disease. I honestly believe if there were tens of thousands of white, straight, wealthy men dying at that time MUCH more attention would have been paid and the CDC would have been ordered to work overtime to find solutions.

Reagan is credited with the fall of communism. I personally think that while he was a factor, it is a bit like giving the rooster credit for the sunrise. In some ways, he happened to be the man on duty, if you will.

Deficits also ballooned under Reagan. Reagan increased payroll taxes in 1983. History records that, alarmed by spiraling deficits, he signed tax increases during six of his eight years in office. Even so, his administration tripled the national debt, to almost $3 trillion. No one likes to mention that either.

But today, when I think of Reagan, I think of the loss of life, the spread of this terrible disease and his lack of leadership.