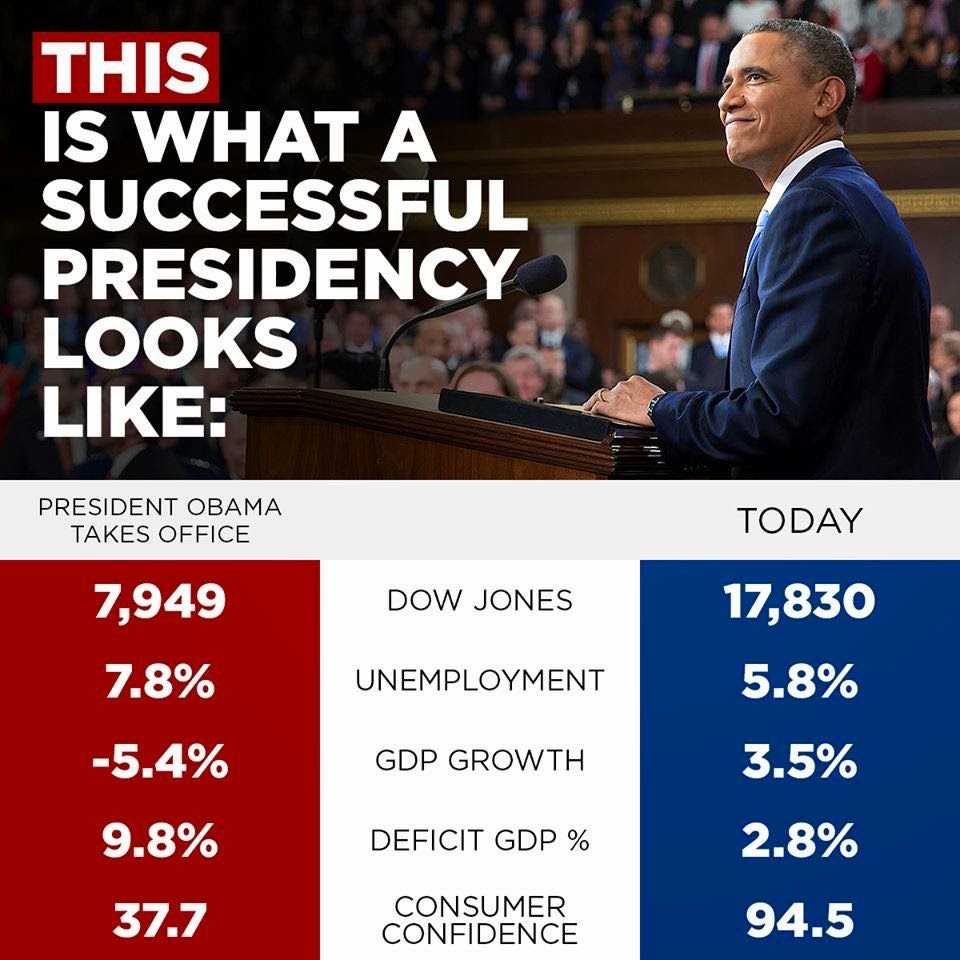 When folks talk about how President Obama has “made everything worse,” forward this to them.

Everything on this list is a fact – not an opinion.

Don’t forget the fact that he made the call that got bin Laden; he supports marriage equality; he helped end DADT; and he helped end two wars bringing our men and women in uniform home.

AND, just out today – Gross domestic product rose at a 3.9 annualized rate during the third quarter of the year, marking the strongest six-month stretch for the U.S. economy in a decade.