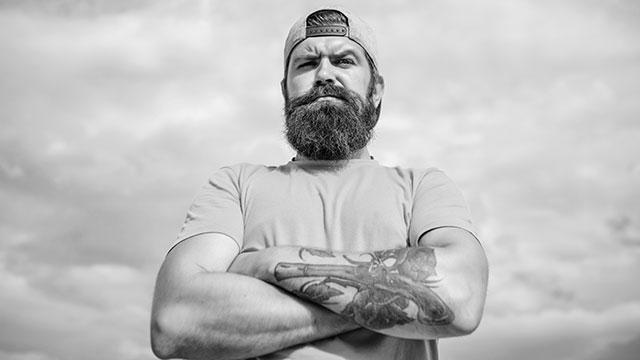 The researchers at the University of Pittsburgh Medical Center Children’s Hospital based their study on the “Man Box” report from 2017 conducted by Promundo, a global consortium that works to promote gender equality.

In the 1980s, activist Paul Kivel developed the “Act Like a Man Box” as a way to help men discuss how society can place pressures on men to act a certain way. Men “in the Man Box” are those who most internalize messages of having to ‘be tough’ in life or being hyper-dominant in sexual roles. Young men “outside the Man Box” are those who have broken out of the box and reject these ideas.

Dr. Robert Coulter, one of the new study’s co-authors, told Business Insider that for the purposes of their study, the “man box” is defined as a “rigid set of beliefs that men have to ascribe to in order to be a proper man.”

The 3,600+ male participants, aged 18-30, in the U.S., Mexico, and the U.K. were asked to rank on a scale of 1 to 4 (from “strongly disagree” to “strongly agree”) 15 statements regarding attitudes on self-sufficiency, hypersexuality, sexual prowess, gender roles, and homophobia. 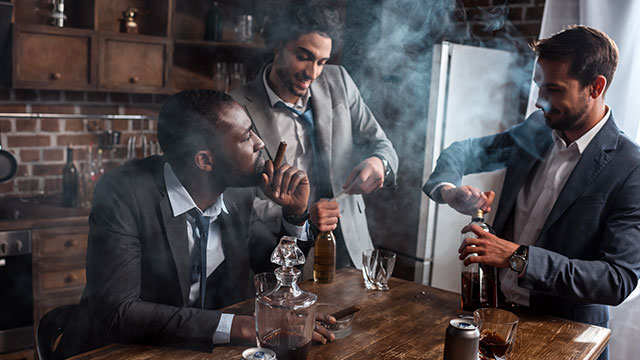 Some of the statements included:

• “It is not good for a boy to be taught how to cook, sew, clean the house and take care of younger children”

• “Men should use violence to get respect, if necessary”

Additionally, men who landed higher on the “man box” scale were twice as likely to admit experiencing depression and/or suicidal thoughts.

The five statements that had the strongest associations with violence and poor mental health were:

1. A man shouldn’t have to do household chores.
2. Men should use violence to get respect if necessary.
3. A real man should have as many sexual partners as he can.
4. A man who talks a lot about his worries, fears, and problems shouldn’t really get respect.
5. A gay guy is not a “real man.”

In regard to that fourth statement, it makes sense that men who repress or tamp down personal concerns or emotions would be more likely to experience challenges in terms of mental health.

Dr. Coulter told Business Insider his research team was “quite surprised to see harmful masculinity is associated with negative outcomes (like depression and suicidal thoughts) for the men themselves.”

‘Harmful masculinity,’ sometimes referred to as ‘toxic masculinity,’ can be defined as damaging beliefs that can lead to strict, controlling, heteronormative and violent norms about what constitutes a ‘real man.’

The research team hopes their “man box” scale might be a tool for health care providers and public health workers to help “measure progress toward changing harmful stereotypes and advancing both gender equality and healthier versions of masculinity.”