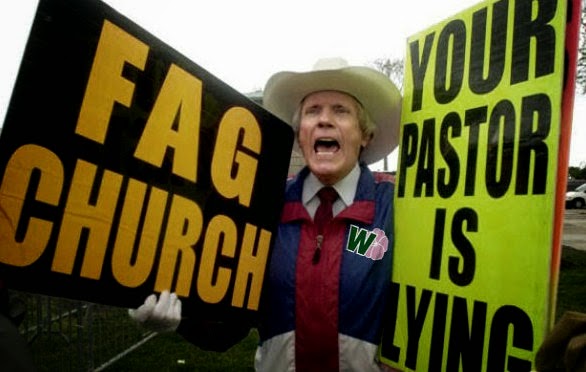 Westboro Baptist Church gained national notoriety in 1998 after
members picketed the funeral of Matthew Shepard, a gay college student
who was beaten to death outside Laramie, Wyo.

The Rev. Fred Phelps Sr., who founded a Kansas church widely known for its protests at military funerals and anti-gay sentiments, has died according to his son Tim Phelps.

Members of the Westboro church, based in Topeka, frequently protest at funerals of soldiers with signs containing messages such as “Thank God for dead soldiers,” and “Thank God for 9/11,” claiming the deaths are God’s punishment for American immorality and tolerance of homosexuality and abortion.