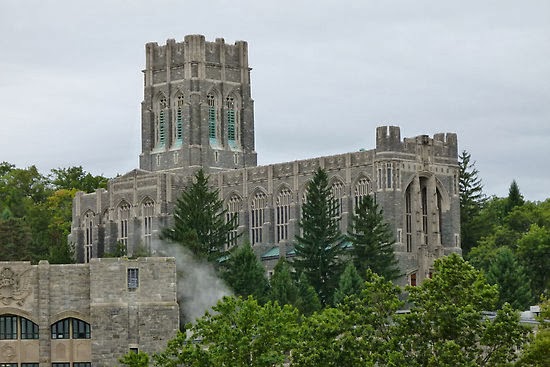 Two graduates of West Point are set to become the first men to marry each other at the storied military academy.

Larry Choate III, class of 2009, will marry Daniel Lennox, class of
2007, on Saturday at the U.S. Military Academy’s Cadet Chapel. West
Point hosted two same-sex weddings of women in late 2012, more than a
year after New York legalized gay marriage. But this is the first time
two men are being wed at West Point.

“It’s maybe one more barrier that’s pushed over a little bit, or
maybe one more glass ceiling that’s shattered that makes it easier for
the next couple,” Choate said Friday.

Choate, 27, said the landmark Gothic chapel at the Hudson Valley
academy is a special place and it’s an honor to be wed there. He taught
Sunday school at the chapel as a cadet and always thought of it as the
place he would get married, if he could.

The pair did not know each other as cadets, but met later through a mutual friend.

Both men are out of the military. Lennox, a 28-year-old from
Washington, D.C, is getting his master’s degree in business
administration at Harvard University in Massachusetts. Choate, from
Seattle, works at the business school there and is applying to Harvard’s
John F. Kennedy School of Government.