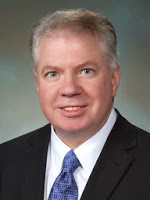 Murray was instrumental in bringing marriage equality to Washington in 2012 as a state senator.

According to the Seattle Times, Murray’s campaign embraced and even touted his marriage equality efforts as his signature legislative accomplishment.

When addressing supporters Tuesday night, Murray, 58, was joined onstage by his husband, Michael Shiosaki. The two wed over the summer.