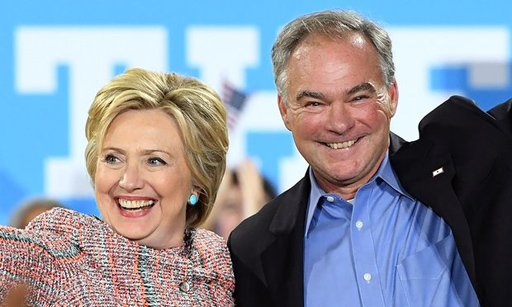 The news could come as soon as tonight, and most believe Tim Kaine, U.S. Senator from Virginia, will be the pick.

Kaine, while not the flashiest choice, would be a serious “steady-eddie” who checks a lot of boxes in terms of filling the role of vice-president both on the campaign trail and in the White House:

• Helps Clinton with the white male demographic, her weakest demo.

• Kaine speaks Spanish fluently – a serious plus at campaign rallies to reach out to the important Hispanic voter.

• He enjoys a 100% rating from Planned Parenthood and NARAL.

• As opposed to picking Sen. Sherrod Brown from Ohio (a good progressive option), who would be replaced by the Republican governor of that state should Hillary win, the governor of Virginia would most certainly choose a Democratic replacement helping Democrats possibly retake control of the U.S. Senate.

And then there’s the fact that he has won state-wide election several times – as governor and U.S. Senator – in the all-important swing state of Virginia.

I’ve always been one to believe it’s the thinking behind the choice of running mate and not the running mate themselves that makes any kind of difference to a campaign.

No one votes for a vice-president, but if folks see logic and good judgement in choosing a running mate, you can tell voters a bit more about who you are and where you stand.