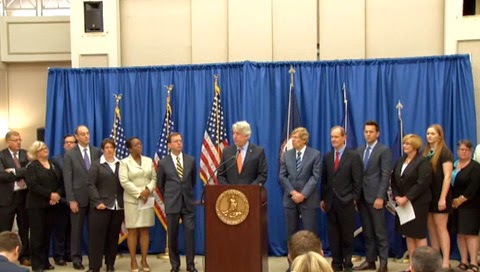 The Commonwealth argued in favor of upholding the ruling of the district judge who reached the same conclusion as Attorney General Herring regarding the constitutionality of the ban.

In a terrific speech, Herring said he found the anti-gay side to have “wholly unpersuasive” arguments.