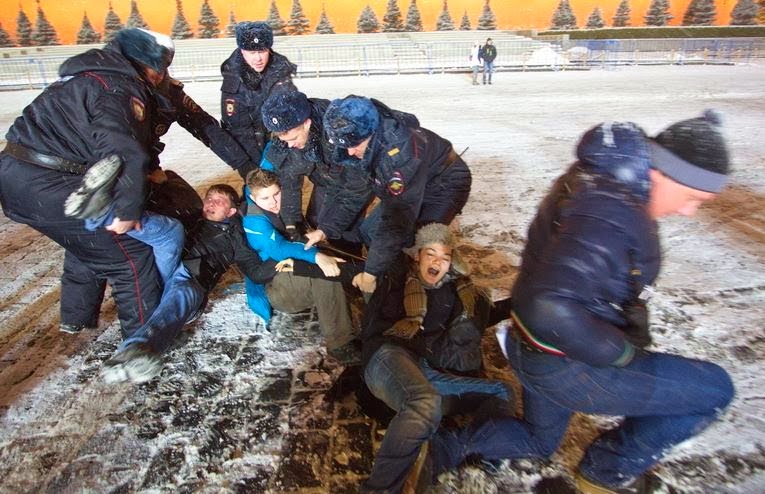 According to text messages from the arrested Russians to a Swedish activist who was also arrested but was released first, the police beat two of the activists still in custody and threatened them with sexual assault.

A text message transcript via Buzzfeed:

Me:: “We didn’t sign anything. Are you all still there?”
Them: “Yes, in cage. They beated [sic] two of us”
Me: “Oh no, who? What can we do? Can you keep reporting? Are all of you in the same cage?”
Them: “Two queers [were beaten]. Before that they took us upstairs and said that we have to suck their cocks’ and that we have to be burned. When we said that we gonna complain. So they bring us back to cage. So we dont let them close it without paper, pen and their names. So they beat two of us and then used cuffs.”
Them: “Yes we are together. Now we are singing.”
Them: “They beated [sic] our people again – cause we asked to let our public defender come to us. They didnt give us any docs.”

All ten have now been released.

The activists say they believe police learned of the protest in advance by tapping their phones. 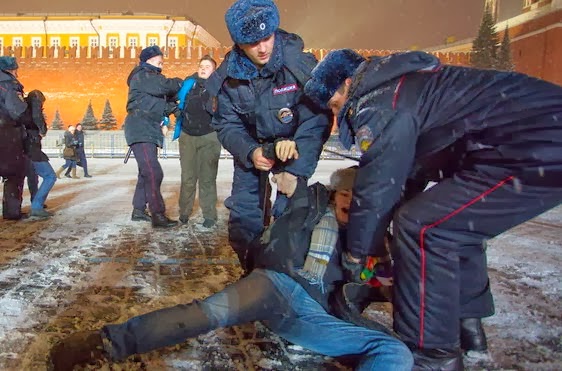