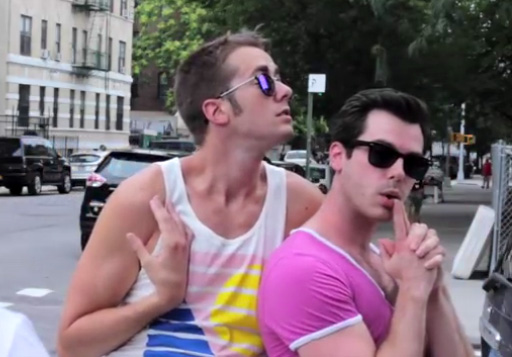 Gay or straight, these are the kinds of people that can drive me crazy.

And they actually exist – the folks who no matter what you say drop some buzz word or catch phrase that’s completely off-topic proving they are incapable of even semi-serious conversation.

My buddy Matt Rettenmund at Boy Culture made a comment on the YouTube page I agree with: that the context of the “unfunny gays” being over the top fem vs. the “normal” gay guys seems to be a kind of “fem-shaming” that I’m not a fan of.

Unfunny is one thing, stereotyping “less than masc” gay men is another.

There’s a joke here, but a point to be made as well.