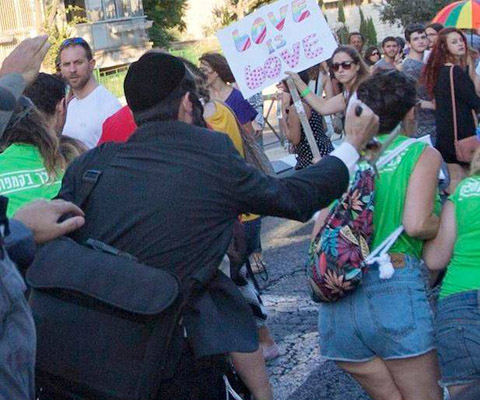 Yesterday I posted about the stabbing attack at Jerusalem Pride by an Ultra-Orthodox Jew who had been imprisoned for years after a similar attack in 2005. Six parade attendees were injured; two critically.

Video has surfaced of the gruesome attack, and I think it’s important to see. Reading about violence is an entirely different visceral experience than actually SEEING it.

Folks should witness the actual blinding hatred that happens against LGBTs in real life.