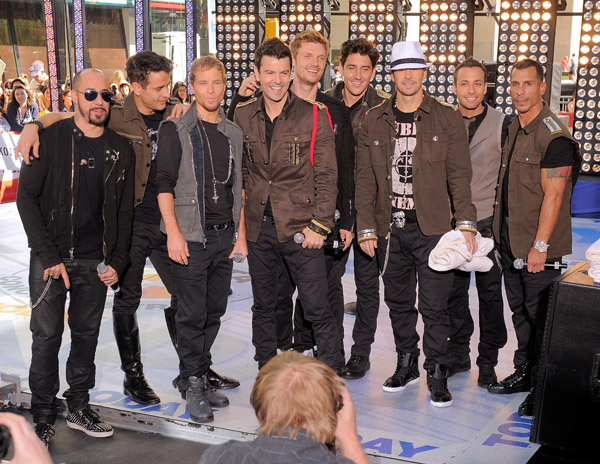 The New Kids on the Block and the Backstreet Boys teamed up on Friday morning to give the fans at the Rockefeller Center as well as at home a concert to remember on the ‘Today Show.’ NKOTBSB took to the stage to perform several medleys that combined the music the fans would remember plus a dance routine.

The stage, set in the middle of the plaza, was surrounded by screaming women who definitely have grown up with NKOTBSB and know the music so well they were singing along. Reaching out to try and grab the hand of one of the performers, the free mini concert was a chance to see two groups that have been on tour around the country.