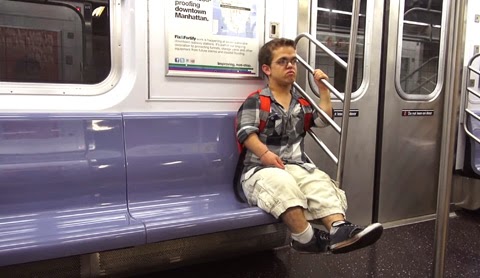 This short video has already garnered over 800,000 views, with coverage on Inside Edition, BBC Trending, Yahoo, Huffington Post, The Gloss, Laughing Squid and many others.

The short film chronicles a day in the life of Jonathan, living in New York City, who was born with Achondroplasia, the most common type of dwarfism. Jon uses footage from a hidden camera disguised as a button on his shirt to show what he has to deal with: mistaken identity, harassment, condescension, and bigotry.

Novick’s final question to the viewer is potent: