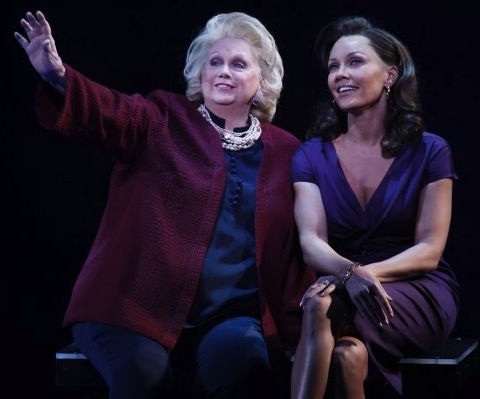 The Oscar Hammerstein Award was created by York’s founder, Janet Hayes Walker, and is named in honor of the legendary lyricist who helped shape the American musical theatre through his collaborations with a number of different composers and writers.

Cook, a Broadway legend who won the 1958 Tony Award (Featured Actress) for playing Marian the Librarian in the original production of The Music Man, is a Grammy winner and in 2010, she was nominated for a Featured Actress Tony Award for her appearance in “Sondheim on Sondheim.” She originated the role of Amalia in the Broadway premiere of the musical She Loves Me, and was Cunegonde in the original production of Leonard Bernstein’s Candide.

This is sure to be an amazing evening.  I know Vanessa well, I’ve been friends with Norm Lewis for over a decade, and I was lucky to have worked with Tom Wopat on “Chicago the Musical” where he was terrific and a great, great guy.  I saw Barbara, Vanessa, Norm and Tom in “Sondheim on Sondheim” and it was a thrilling evening in the theater.  If you are going to be in the NYC area on November 21st, get a ticket, contribute to a good cause and catch the cream of the Broadway crop for a great evening.