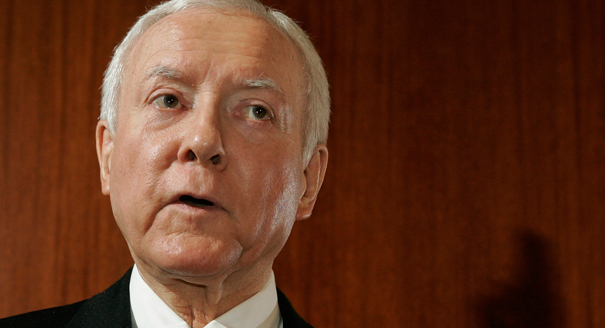 Sen. Orrin Hatch of Utah wants to preserve marriage as between a man and a woman, and he says one way to do that would be to offer gay couples civil unions.

“I’ll say this, I do believe this could be solved greatly by a civil-union law that would give gay people the same rights as married people,” said Hatch, who mentioned hospital visitations and tax benefits. “I think we can solve this problem without undermining the very basis of marital law in our country.”

Hatch said he doesn’t believe people choose to be gay, but “I draw the line on traditional marriage.”

Six states offer civil unions, including Colorado and Hawaii, while nine others and the District of Columbia have legalized gay marriage. Same-sex marriage is illegal in the rest of the nation.

More at the Salt Lake Tribune