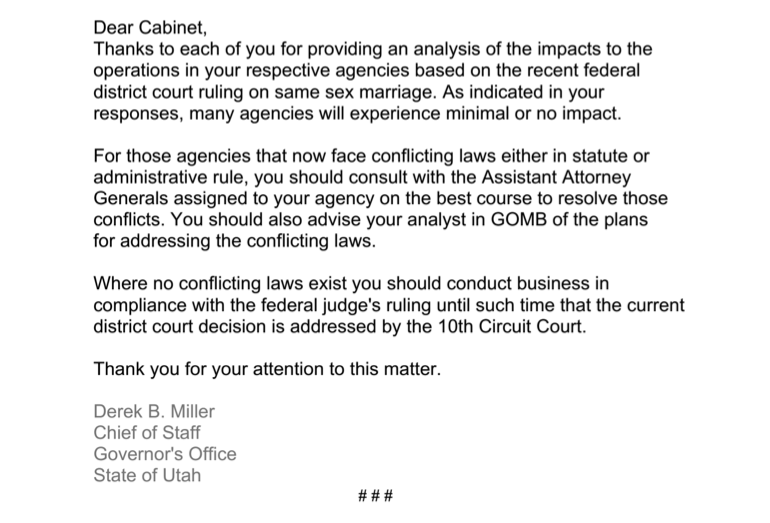 Utah Gov. Herbert’s office sent an email to state agencies telling them to comply with federal ruling on Amendment 3.

Thanks to each of you for providing an analysis of the impacts to the operations in your respective agencies based on the recent federal district court ruling on same sex marriage. As indicated in your responses, many agencies will experience minimal or no impact.

For those agencies that now face conflicting laws either in statute or administrative rule, you should consult with the Assistant Attorney Generals assigned to your agency on the best course to resolve those conflicts. You should also advise your analyst in GOMB of the plans for addressing the conflicting laws.

Where no conflicting laws exist you should conduct business in compliance with the federal judge’s ruling until such time that the current district court decision is addressed by the 10th Circuit Court.

Thank you for your attention to this matter.

Below is an updated map of counties in the state of Utah currently NOT issuing marriage licenses to same-sex couples, which is in violation of the Amendment 3 ruling and could carry a contempt of court charge. 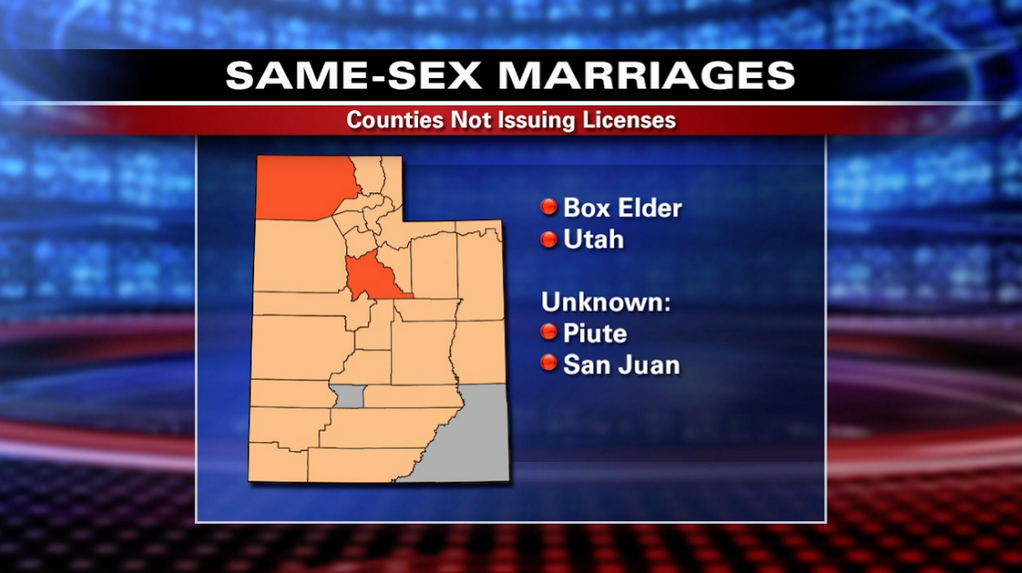