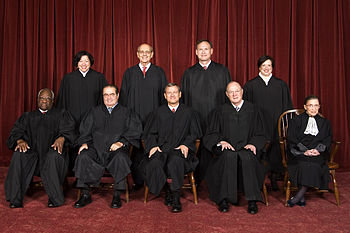 The US Supreme Court has agreed to hear a new challenge to Obamacare.

The justices will hear arguments as to whether or not the folks who get their insurance through he federal exchange (healthcare.gov) actually qualify for the subsidies that make health care insurance more affordable.

Those who get their insurance through one of the 16 states that set up their own exchanges definitely qualify. The opponents of Obamacare say it’s ambiguous as to whether or not those on the federal exchange qualify for those subsidies.

And to the letter of the law, it may be true.

It’s kind of like this – when driving and you come upon a stop sign, you stop and then assume you can move on even though there’s no “go” sign next to the “stop” sign. The intent of the law was clearly to extend the subsidies to all Americans, just like it’s clear you can drive on without a “go” sign. But the opponents of Obamacare may be successful in canceling those subsidies due to a technicality based on verbiage.

If the opponents are successful, the law could become destabilized and millions who currently receive the subsidies could lose their health insurance coverage.

Check out Jon Stewart’s take on the lawsuit below: