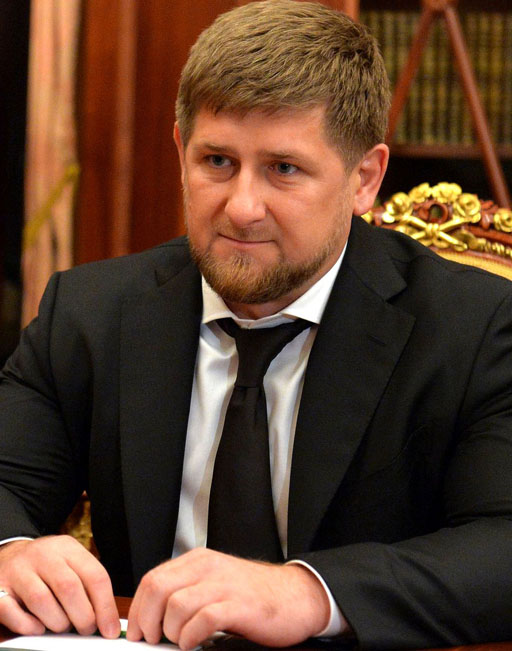 Virulently anti-gay Chechen President Ramzan Kadyrov has been banned from entering the United States and had financial assets frozen by the U.S. Treasury Department.

The new sanctions blacklisted Ramzan Kadyrov, the Chechen leader and a close ally of Russian President Vladimir Putin, the Treasury Department said in a statement.

The U.S. Treasury Department imposed the sanctions, which freeze the banks accounts of those targeted, under a 2012 law known as the Magnitsky Act.

The Magnitsky Act imposed visa bans and asset freezes on Russian officials linked to the death in prison of Sergei Magnitsky, a 37-year-old Russian auditor and whistleblower. The act also seeks to hold responsible those U.S. authorities allege orchestrated or benefited from the death of Magnitsky.

Kadyrov is a close ally of Russian President Vladimir Putin, and is also credited with overseeing what became known as the “gay purge,” the systematic rounding up and killing of dozens of gay and bisexual men in Chechnya this year.

Kadyrov has denied any LGBT people even live in Chechnya.

Also sanctioned today was Ayub Kataev, a prison warden and head of a branch of the Chechen internal affairs ministry, who denied reports of anti-gay killings.

GLAAD was, understandably, thrilled by the news issuing this statement:

GLAAD, the world’s largest LGBTQ media advocacy organization, today welcomed the inclusion of Ramzan Kadyrov to the list of suspected human rights abusers who have any assets held in U.S. banks frozen and are barred from entry into the United States under the Magnitsky Act.

Authorities in Chechnya have detained and attacked over 100 LGBTQ men because of their perceived sexual orientation and at least 27 men have reportedly been killed by Chechen government officials as of June 2017. Since then additional tragic stories of killings and disappearances of LGBTQ men and woman have been reported.

“Sanctioning those responsible for the horrendous anti-LGBTQ persecution in Chechnya, including Ramzan Kadyrov, is a step towards holding human rights abusers accountable for their atrocities and was a needed action to show that human rights must be prioritized above the personal politics of this administration,” said Sarah Kate Ellis, President and CEO of GLAAD. “We cannot stop here as we face a growing epidemic of anti-LGBTQ violence and discrimination around the world that must be swiftly and fully addressed.”